It’s Friday and for our #fridayfunfacts we’re sharing some information about event rider Laine Ashker’s OTTB Anthony Patch, more commonly knows as Al, and often followed by friends and fans as #goAlgo across social media. While he competes under the name Anthony Patch and is known around the barn and by fans as Al, we bet you didn’t know that Al was actually a racehorse – complete with the racing name and several starts under his belt as well. Here’s some fun facts to kick off your weekend about this great horse!

Al was foaled on May 19, 1999 and registered with the Jockey Club as Alex’s Castledream.

Al was born and bred in New Jersey and raced at Monmouth Park in his first two races before moving to Charles Town Race Track in West Virginia.

His trainer was a woman – Patricia Fredo – so we think it’s only fitting that in his current career, he’s surrounded by a lot of great women including rider Laine and her mother, Valerie who’s also very involved with horses.

Al never broke his maiden (meaning he never won a race). Even worse than that (for a race horse), he never broke the top 3 for a place or show finish either! It’s okay Al, we think you’re a much better eventer than racehorse anyway!

And our favorite piece of trivia about Anthony Patch and Laine Ashker is that at the 2014 Thoroughbred Makeover, they did both a dressage and jumping demonstration on the racetrack at Pimlico Race Course, home of the Preakness Stakes which is the 2nd of the three famous Triple Crown Races. We sure think Al gets the award for the best looking photo finish in Pimlico history – far better than any Triple Crown win, wouldn’t you agree? 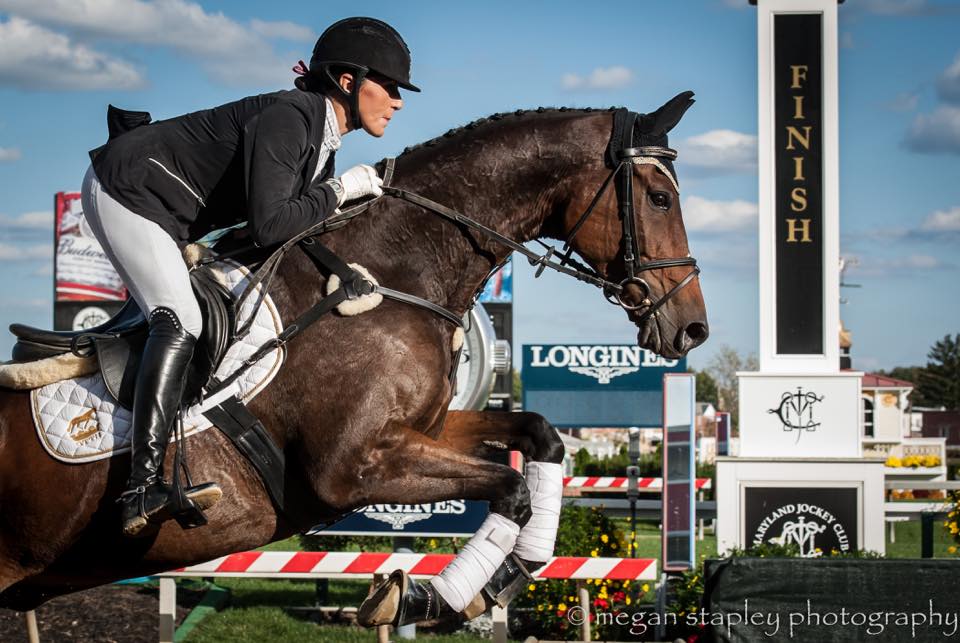 We’re huge fans of Laine and Al, and can’t wait to see them at Rolex this year. Stay tuned for more great news and announcements from Equiflexsleeve as we ramp up of Rolex and cheer on our favorite competitors!