Hey there, Equiflexsleeve fans!  Equiflexsleeve team member Kim checking in here.  I was at Dressage at Devon earlier this month, and despite the freezing rain and wind, had a wonderful time watching all of the classes.  As I mentioned in our previous blog post about ponies, I am one of a growing number of riders with ponies in dressage, so I loved watching the FEI Pony class.  I tweeted the below messaged to see what kind of response we’d get, and lucky for us, we got a great connection as a result!

Freezing in the rain at the FEI Young Riders GP at #dressageatdevon. If you see #equiflexsleeves here, tweet at us! pic.twitter.com/Z6puXOCRMs

I was able to connect with the winner of the FEI Pony Team and Individual test, Hannah Irons.  Hannah agreed to write a guest blog for us about her experience at Devon and with ponies in dressage.  Congrats on your wins, and take it away, Hannah… 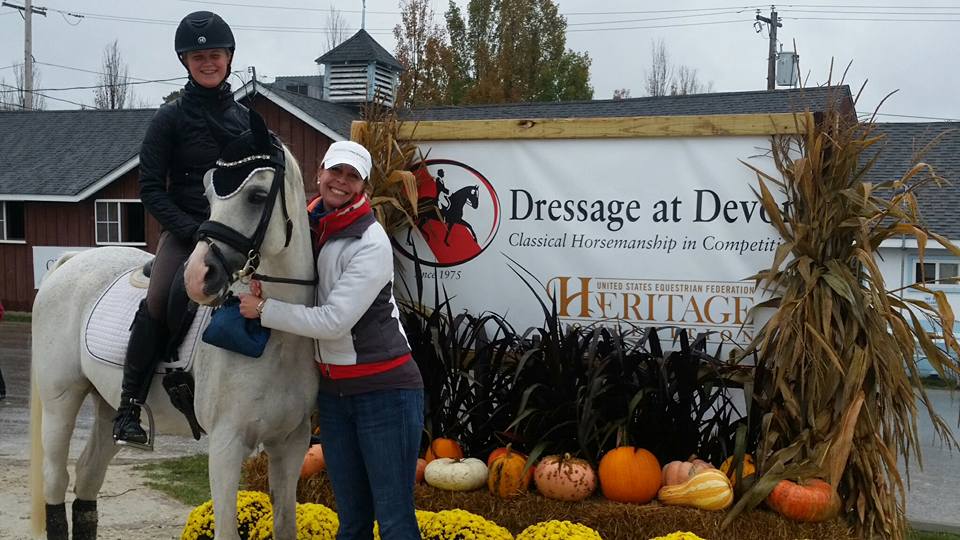 Hannah and Bohdjan at Devon! Photo by Daniel Irons

My name is Hannah Irons and I am a 15 year old youth dressage rider from Queenstown, Maryland. With my pony Bohdjan (BoBo), I recently competed in the FEI Pony classes at Dressage at Devon. Competing at Devon for the first time was such a great experience. The highlight of the cold and soggy weekend was winning both the FEI Pony Team and Individual tests. Bobo was well behaved and I am very proud of him for trusting me to ride through some spooky scenarios at such a big venue. On our second day, for the individual test, BoBo was much more relaxed and ridable resulting in an improved score of 66.4%.

Competing at Devon has always been a dream and I am so grateful to have had the opportunity to compete in such a major competition. It was inspiring to watch top horses and riders from all over the world riding at one of the most prestigious competitions in America. It’s not every day that I get to warmup in the arena with Olympians! Dressage at Devon, celebrating its 40th Anniversary in 2015, combines world class international dressage competition with the world’s largest open breed show. The historic Devon Horse Show grounds, in Devon, Pennsylvania, provide a great venue for this exciting event. One of the highlights was watching the amazing Temple Lipizzaners perform! 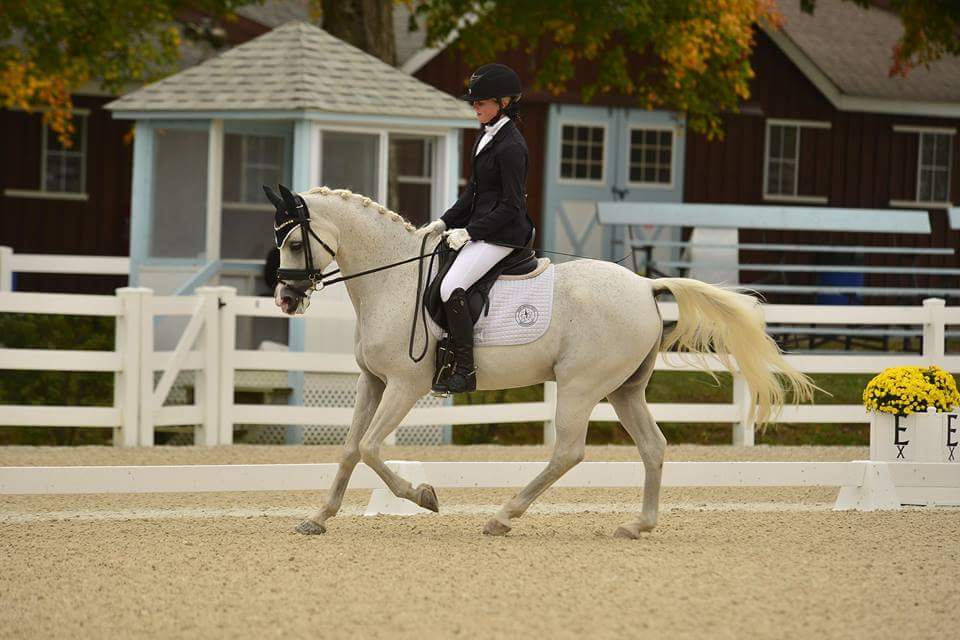 Bobo and Hannah proving that ponies can be fierce competitors! Photo by Daniel Irons

BoBo is a 16 year old, gray, Dutch Sport Pony gelding that I am leasing from Dressage 4-Kids Inc. BoBo was generously donated to Dressage 4-Kids by the Davis Family. I am thankful for the opportunity to ride such an amazing pony and gain the experience of competing at the FEI levels. Dressage 4-Kids is a fabulous organization that promotes youth dressage in the United States. They offer clinics and competitions throughout the United States providing opportunities for youth riders to train with 2-time Olympian Lendon Gray, who is the president of Dressage 4-Kids, and other top professionals. 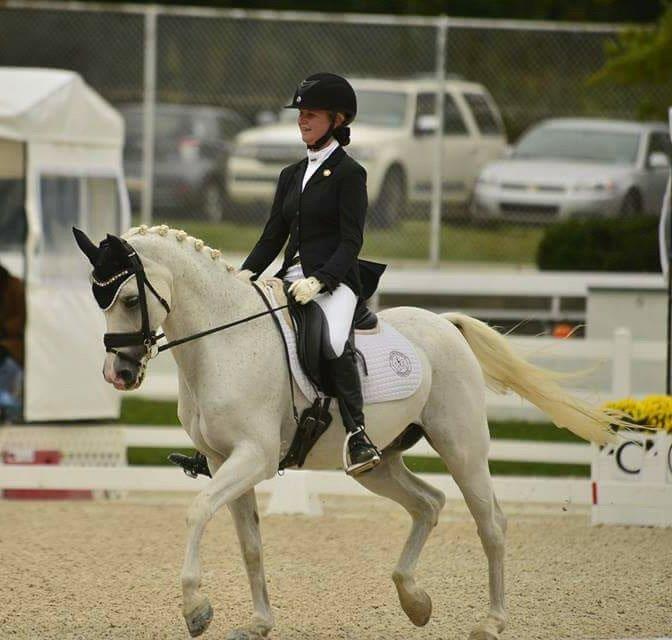 Bobo and Hannah in the famous Gold Ring at Devon. Photo by Daniel Irons

BoBo and I have been together for four months and our bond and trust continues to grow. He can be challenging to ride and sometimes has a mind of his own…After all, he is one smart pony! BoBo knows the FEI Pony test from all of his years of FEI competition and anticipates the movements…he likes to take charge. My focus during a test is maintaining suppleness and keeping him ridable.

Bobo and I recently competed at the National Dressage Pony Cup in Kentucky and were top in the FEI Pony division. Dressage at Devon was our final competition for the season and another step towards my goal of qualifying for the USEF Dressage Festival of Champions in 2016. We will travel to Wellington, Florida this winter to train with Olympian Lendon Gray in her Dressage 4-Kids Winter Intensive Training Program. We will also compete in a few CDI’s and hope to earn more qualifying scores for Festival.

We at Equiflexsleeve LOVE sport ponies, and we can’t wait to see what Hannah and Bobo will do in the future!  We’ll certianly be keeping an eye out fo rthem at the 2016 Dressage Festival of Champions!