Leanna Billie from Okeechobee, Florida is a big Equiflexsleeve fan and a big time rodeo star. She’s spent this year campaigning on three horses that she’s trained herself in Team Roping and Barrel Racing, and all three of her horses helped her win this year’s Women’s Year-End All Around Champion.  We wanted to feature Leanna’s success in our first guest blog as our featured fan. 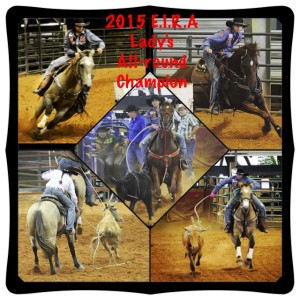 Leanna’s 10 year old quarter horse, Matt Dillon, has been in her barn since he was 4 years old.  She trained him in barrel racing, team roping, hazing, and breakaway roping.  They’re regulars at Indian Rodeo and PRCA rodeo.  This past weekend they competed in Team Roping and Barrel racing at their regional finals, placing well in both events. 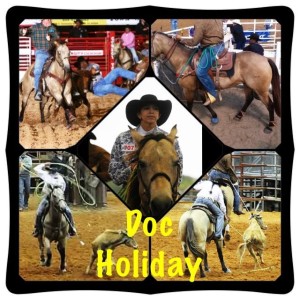 Doc Holiday, a grade gelding, is her back up head horse, main heel horse, and also a fine breakaway horse.  This year, the pair placed 2nd in heeling and 3rd on heading.  He’s also a hazing horse – talk about an all-around roper! 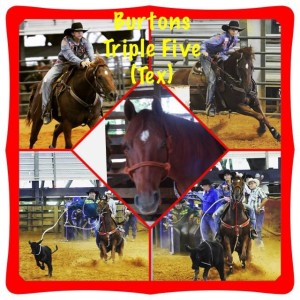 Burtons Triple Five, or Tex, is Leanna’s main calf roping and breakway horse, as well as her husband’s main PRCA tie-down horse. Leanna and her husband have had Tex since he was 5 years old, and trained him in barrels and team roping as a heeler. At their regional finals this past weekend he won both the calf roping and the breakaway roping.  Burtons Triple Five has qualified for the Indian Rodeo National Finals, in Las Vegas – congrats and we’ll be sure to keep an eye out for Leanna and Tex at Nationals!

All of her horses have one thing in common – they all love their Equiflexsleeves. Each horse has their own pair – but Tex has really benefitted from Leanna’s decision to move away from bulky standing wraps. 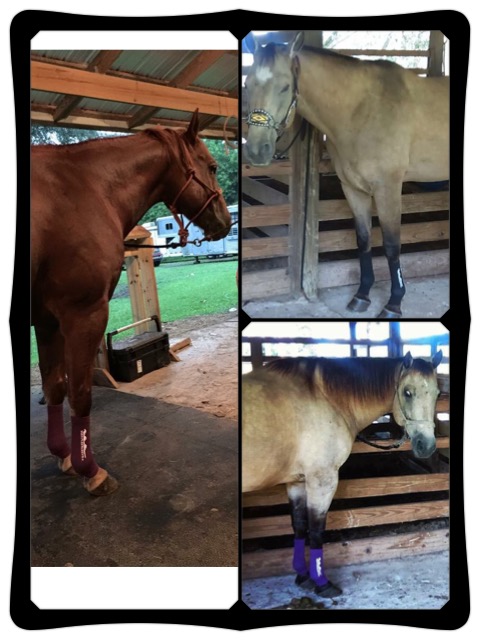 All three of Leanna Billie’s boys in their Equiflexsleeves!

“Tex is a bit stubborn – his legs would swell some when we were travelling. He doesn’t like to have bulky wraps on his legs, he will rub them and grab them with his teeth to try to pull them off. Then I got him a pair of Equiflexsleeves – the first time I put them on him was at a rodeo, and to my surprise he never even tried rubbing them off!  His legs didn’t swell at all. I highly recommend the Equiflexsleeve to everyone that asks about mine – they’re easy to put on and take off, and I don’t have to worry about leaving them on. Thank you Equiflexsleeve – Me and my lil red rope horse have will be going to Las Vegas for the Indian Finals and we’ll be taking our Equiflexsleeves along!”