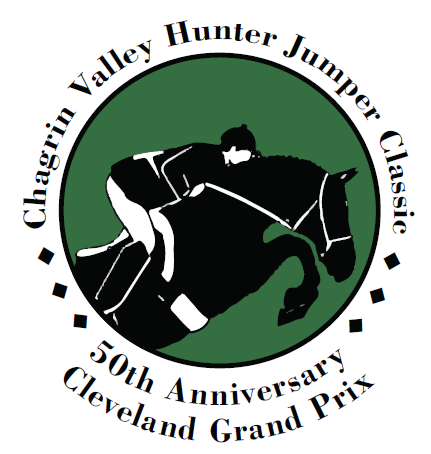 Equiflexsleeve was pleased to be a sponsor of the 50th anniversary Cleveland Grand Prix! As a part of the Chagrin Valley Hunter Jumper Classic, this event is significant to us personally, and to all equestrians in the western hemisphere. Did you know it was the FIRST show jumping grand prix in North America? It was originally held in 1965 at the Cleveland Metroparks Polo Field – just a few miles from where Equiflexsleeve founder Mary Leibold grew up.  While riding at the Hunt Club as a child, she was introduced to the show and spent her summers attending the shows, braiding for others, and enjoying the festivities – so it was a no brainer to debut Equiflexsleeve at the show back in 2012.

The first Cleveland Grand Prix helped launch a new wave of popularity for Show Jumping, and since the very first event, Grand Prix have popped up in all corners of the continent. Mary Chapot and her incredible chestnut mare, Tomboy, were the first winners of the very first Grand Prix. In the following years, many of the world’s best riders took the Cleveland title, including Michael Matz, Rodney Jenkins, Greg Best, George Morris and Bernie Traurig. Margie Engle has won the event an incredible TEN times, including a stretch of seven wins within a ten year period, from 2000-2010.

Equiflexsleeve’s launch was held at the pavilion on the jumper arena in 2012, and we celebrated our one year anniversary at the show in 2013.  The 2014 show, sadly, was cancelled, but now they are back – big time!  The entire Ohio equestrian community came together to make sure this year was success, and that the show would live on for years to come.

You can read more about the Grand Prix’s rich history on their website, or in their recently published book.

This year, the $50,000 main event went off at 2:30 PM on Sunday, July 12th following an hour of parade and festivities.   Huge congratulations to home-town Grand Prix winner Jennifer Waxman aboard Shakira!!!!

It was a fabulous return of the show and we sure saw those Equiflexsleeves out and about!

In Case You Missed It – Selfie Toast and Buy Direct!